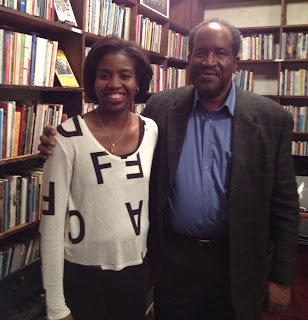 Every now and then I get these great reminders of how wonderful it is to be a poet. Friday night was such a night, when I had the honor of reading with Afaa Michael Weaver at the Grolier Poetry Book Shop in Cambridge. Afaa has been a friend and mentor for years, so any opportunity to hear him read is one I cherish. 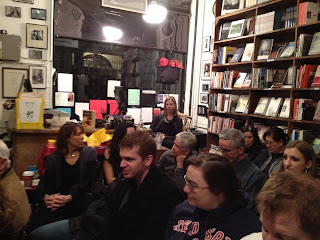 If you've never been to the Grolier, it is a postage stamp of a bookstore, with walls and walls of poetry books lining the vertical shelves. On this night, 30 audience members crammed in for an evening of verse. 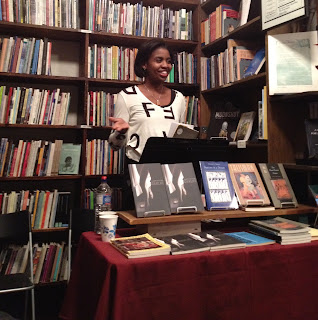 I was nervous about the reading. This was my first reading after the announcement of the publication of my second book, Misery Islands (CavanKerry Press 2014). The night before, I decided to read some poems from Misery--the divorce poems. I wasn't sure how they would be received or how they would work with poems from the first book. But I did it, and I think the new work was well received. But my stomach was in knots up until I took the podium. 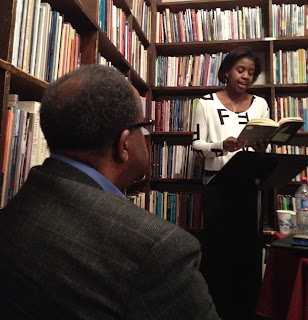 Afaa read from two new manuscripts. One of which, The Government of Nature, will be published in 2013 by University of Pittsburgh Press. He weaves his poems together with the history of someone who has "been there and done that," giving voice to people and experiences that make you realize the things hidden inside all of us are universal and profound.

I told the audience I was reading one more poem and then sitting down to listen to Afaa. After which, he chided me, saying I should never defer to the next poet, no matter what. Lesson learned! 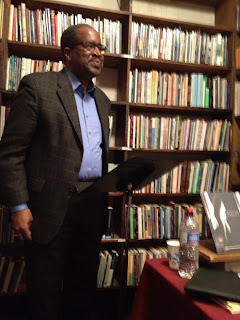 We took questions from the audience, and then the conversation turned to Cave Canem (CC) and the state of African American poetry. It's always good to talk about CC, how the organization has grown from its humble beginnings. We shared a bit about the difficulty writers of color have had navigating the publishing waters, and how poetry as a whole is strengthened by diversity of thought and experience.

The conversation was much deeper than what I described. Many in the audience were moved by Afaa's words. Sorry, you just had to be there to take it all in. 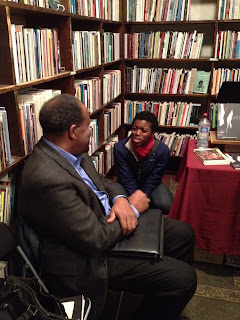 Many thanks to the staff at the Grolier for taking us in. 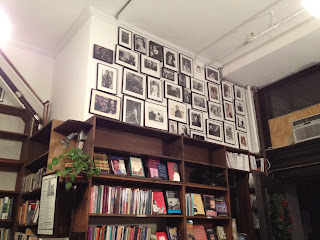 If these walls could talk, what would they say?

Susan Rich said…
Thanks, Jan! I so wish I could have been there to hear you both. A little of the magic does come through -- It's a dream of mine to read there one day. And by the way, beautiful shirt. Beautiful woman!
11:50 AM

Rusty Barnes said…
Wish I could have made it. Would have been a great time.
1:53 PM

Anonymous said…
An inspiring reading! I had many "mmh" moments listening. In particular, I enjoyed the start of the conversation about race in America (and China.)

Also -a photo of me! It looks as though I'm kneeling down to say something poignant to Afaa, but really I'm in the middle of trying to charm him. ;^) You can take the girl out of the job, but you can't take the job (community liaison) out of the girl!

Also, the word verification I need to type in to make this comment is "bilisms." Sounds like a pop-phrase waiting to happen, like "bling" or something.
5:54 PM 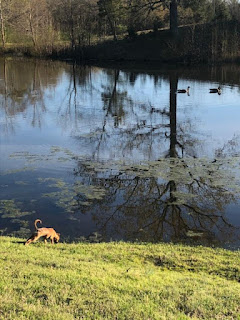 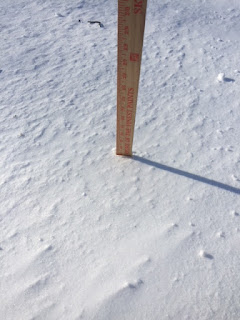