Happy last Tuesday in July! And, happy Confession Tuesday. You know the drill ... 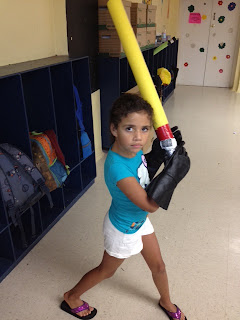 This is Ella at Jedi Camp. She is the only girl at Jedi Camp, and she's loving it! Fortunately, some of her best buds from school are also in camp with her, so she doesn't mind being the only girl. Look at those eyes. Look at the light saber she made. She wants to vaporize me. By the end of the week, I will be mom to a Jedi Master!

The force is strong with this one.

Alex is at flag football camp. He caught the first pass for a touchdown to lead off camp, so he's also having a blast.

Don't think I've done anything as brilliant as made a light saber or caught a touchdown pass recently. I made a mean steak quesadilla that the kids are still talking about two days later. Does that count?

Speaking of my lack of brilliancy, I decided to look back on the goals I outlined at the beginning of the year.


1. Write a Poem a Week
I haven't been able to keep up with the pace, unfortunately. But I've been writing consistently in my gratitude journal, and I have been able to get in writing time at weekly. I'd still like to end up with 52 poems by the end of the year. Yes, it's just a number, but it's something to work toward.

2. Read a Book a Month
I've probably read three books this year that were not poetry collections. Poetry I read voraciously. The book I would like to read next? Game Change by John Heilemann and Mark Halperin.


3. Support the Massachusetts Poetry Festival
This one I can say is on track. I've been working on the 2013 festival all summer, so I think I'm in good shape with the planning heading into the fall.

5. Attend a Weeklong Workshop
Not this year. But I have my eye on Yaddo and VCCA in 2013.

Because of the job change this year, I have had an extremely rewarding summer--so much so that I don't mind that my goals have slipped. What I have gained has far outweighed what I've not accomplished.

May the force be with you. 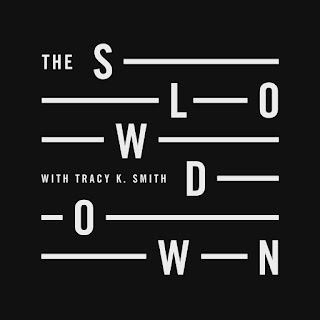