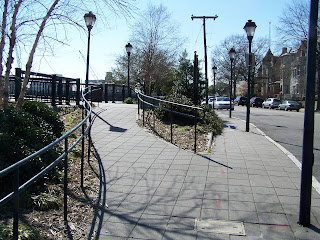 Day Two. NaPo is already kicking my butt. I’ll post my poems in the evenings.

As if writing a poem a day wasn’t enough, here’s my April to-do list.

1. 30 poems, 30 days.
2. Review copyedits to my manuscript
3. Submit poems to two lit mags
4. Attend three poetry events. I’m going to Boston’s National Poetry Month Marathon on Saturday, and a Robert Bly event later in the month. And I hope to get in another event later in the month.
5. Write and publish and article about the poetry marathon. Keep your fingers crossed—I have a pretty good lead.

And this made my day.

Robert Van Winkle, known by most as “Vanilla Ice,” a former rap artist has been living in Texas as a poet since his music career died out. For the last twelve years, he has been corresponding with well-known American poets including Paul Muldoon, Louise Gluck, and Jorie Graham. When the position of Poet Laureate came to end so quickly, the Library of Congress along with Academy of American Poets said it was a “no-brainer” who to pick.